Thermal Imaging Technologies That are Improving Our Lives 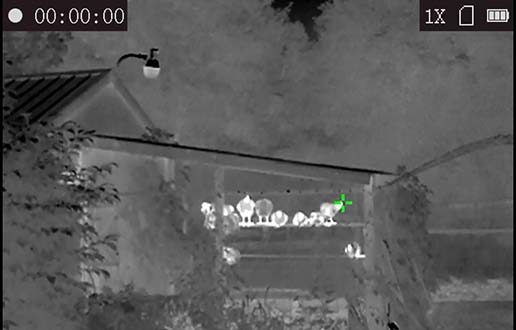 Thermal technology is now a leader in the market, and it's for a couple of significant reasons. The list of thermal imaging benefits is endless: this technology can quickly scan and measure the temperature distribution and detect faults saving thousands of dollars in unexpected downtime. Its high performance in all weather and air conditions, including rain, fog, snow, smoke, and its effectiveness during the day and at night makes thermal imaging cameras, monoculars, and binoculars a crucial part of our everyday lives.
In today's article, we gathered few examples of how thermal devices improve our day-to-day lives. Start from binoculars for tactical missions and end up with handheld thermal cameras and thermal night driving systems. Just keep reading.

Thermal Imagers for Early Cancer Detection
Late breast cancer detection is a huge problem that affects millions each year worldwide. But the solution has been found, and its name is thermal imaging or thermography that uses a special camera to measure the temperature of the skin on the breast's surface. Because of increased blood flow and metabolism, the skin temperature rises, making it easier to detect breast cancer without any harmful radiation.

Thermal Binoculars for Tactical Missions
Over the past two decades, the role of thermal vision has become so crucial in military and counter-terrorism processes. Soldiers need actionable, quick, and reliable devices to provide accurate target location during a tactical mission. Thermal binoculars are the best choice because of the intelligence it helps to gather and the situational awareness it delivers. Thanks to such binoculars, a soldier can make effective decisions at a moment's notice, which is a crucial part of any operation.

Thermal Gas Detection Cameras
Any gas leak can lead at least to unsatisfying situations as well as catastrophes such as global warming. Thanks to technologies, people can use gas leak detection cameras that are the most reliable devices to detect specific gas leakages and gas presence in the air. Such cameras work great even in difficult-to-access places: they can detect small leaks from several meters away and more significant leaks at hundreds of meters of distance. It can also detect leaks on moving vehicles.

Thermal Monocular (Scope) for Wildlife Observation
Every wildlife enthusiast knows for sure how hard it is to catch an animal during night time. With thermal monoculars, a hard mission turns into pleasure because of the long-distance stationary use, versatility, and mobility this device provides. One of the greatest benefits of thermal scopes is their ability to provide exceptional image during the night time and during the day. Thermal imaging monoculars and scopes are widely used by professional documentary makers, wildlife enthusiasts, and hunters worldwide. Last but not least, using a particular app, users can connect their beloved thermal devices to a smartphone that allows the unit to be operated remotely and share captured photos & videos.

Thermal Cameras for Your Mobile Device
Continue speaking about mobile phones it is essential to understand that mobile cameras are something more than just devices to take selfies nowadays. You can turn your cell phone into a real thermal imaging camera capturing images by using light in the environment. As a result, with combinations of blue, red, and green, you can easily cope with challenging tasks such as finding gas leaks, screening for termites, finding leaks, or even diagnosing medical issues. You can use such cameras not only to detect problems around the home but also to watch animals in their natural habitat. For example, finding a lost pet or what they might have left behind in the yard is easy as 1-2-3.

Nighttime Driving Assistance
The statistic is scary: over 38,700 crashes occur in the fog every year, resulting in over 600 people's deaths and the injuries of 16,300 more. Today, dash cameras help drivers to detect the thermal signatures that humans, animals, and cars put off so that drivers have more time to prevent road risks. Such cameras are widely used by companies and individuals who want to keep their peace of mind, reduce costs from wrecks, insurance premiums, or even save a couple of lives.

Thermal Cameras for Bicycle and Pedestrian Safety
Because most pedestrians who die in crashes were killed at night, the thermal technologies were designed to provide the driver with a reliable assistance system to protect pedestrians. While there is plenty of debate over the root cause of more pedestrian deaths, there were more debates that something needed to be done. And the name of the solution is a thermal imaging camera that creates a clear image based on the temperature signatures of different road users. Such cameras can work properly without any additional light. Due to the fact that thermal imaging cameras cannot be blinded by direct sunlight, such devices provide 24-hour detection of pedestrians and bicyclists.

Wearable Thermal Imagers
Thermal cameras are everywhere: they start from military equipment, law enforcement, medicine, scientific research, and the automotive industry, security, surveillance, and industrial process monitoring systems. The thermal camera attached to the helmet is a must-have for modern heroes such as firefighters. This innovative product is aimed at increasing personnel safety during fire and rescue operations. Firefighters can free their hands to navigate in dangerous conditions. What is more, they can see through smoke and recognize people who are trapped or paralyzed.